With classes back in session, what better time to get schooled in coed-led cool? You know Austin and Boston, but these less obvious options are some of the hippest outposts of college city savvy in the nation. 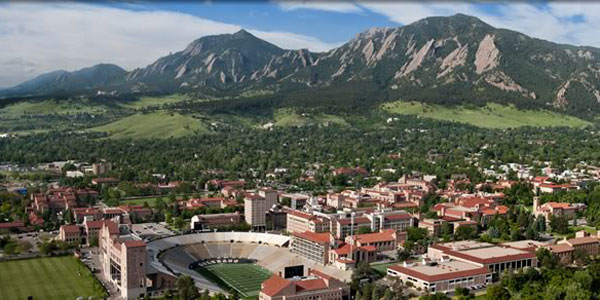 Set in the rugged Rocky Mountain foothills, Boulder’s long been a haven for the hippie/hiking set, and a recent cultural boom has pulled in hipsters too. Top mags have pegged Boulder as America’s brainiest and foodiest city, and the best place to live well.  Boulder Pridefest is in late August, Bent Lens Cinema screens LGBT films throughout the year, and the once a-month Proposition Gay descends the local lavender horde upon a different (and unsuspecting) Boulder bar.

While Madison and Ann Arbor were sleeping, a third Midwestern state-college-town behemoth, Columbus, has emerged as an unlikely enclave of style and culture. Distinct neighborhoods like German Village (with its beautiful Italianate homes) and the Short North Arts District (loaded with galleries and boutiques) are especially queer-popular. Don’t miss Monet to Matisse, currently exhibiting the world-famous Sirak Collection at the Columbus Museum of Art. Columbus Pride, the second biggest in the Midwest, is every mid-June.

“Ithaca is Gorges” goes the motto of this ravishing ravine-laden little town, set on Upstate New York’s Finger Lakes and home to both Cornell University and Ithaca College. Winters may be frightfully cold, but the other seasons bucolically compensate. The area’s rife with wineries, and Bon Appetit calls downtown’s veggie Moosewood Restaurant one of the most influential of the 20th century. IC’s musical theater BFA makes it popular with just-post-GLEEsters, while Cornell’s I.M. Pei-designed Johnson Museum offers an always-free art infusion.

Named for its scholarly English counterpart, this Mississippi Oxford is a bastion of culture in the Deep South, from the highbrow (at William Faulkner’s Rowan Oak) to the lowdown (at UM’s Blues Archive). Oxford’s picturesque old town square has seen a remarkably hip revival thanks to key venues like award-winning eatery City Grocery. “Groving” (at massive tailgait gatherings) is a time-honored and pan-generational local pastime, hence the Ole Miss slogan: “We may not win every game, but we ain’t never lost a party.”

Placid and Pacific-hugging, Santa Cruz is a classic California enclave for drop-outs from the mainstream. Every October, the town’s large artist community unveils its workspaces for the Open Studios Art Tour. Don’t miss the unique Santa Cruz Surfing Museum, showcasing the history of wave riding. Santa Cruz Mountain wineries are gaining national attention, and both Napa and Sonoma are just a little farther afield (as is San Francisco). The small gayish (and nude) Laguna Creek Beach is ten miles north of town.