With both a freak earthquake and stray hurricane to contend with in these past few weeks, many East Coasters were caught unaware that an even greater disaster was looming: Labor Day, and the unofficial demise of summer. But if the season somehow slipped by — again — without your having made it across the pond, never fear, airberlin is here, and it’s fully ready to Eurify your fall.

Sexy airberlin has grown feverishly in recent years, transforming itself from a localized budget carrier to Germany’s second- and Europe’s sixth-largest airline. With a global network now serving 163 destinations in 39 countries, airberlin’s scope is worldwide, and its service world class. The carrier doles out extras most budget carriers (and even some traditional ones) have shunned, such as free snacks and, on longer flights, even gratis meals. Another unique perk for those with strangely shaped bags: airberlin doesn’t care how big it is, just how much it weighs (so none of that “linear inches” nonsense). 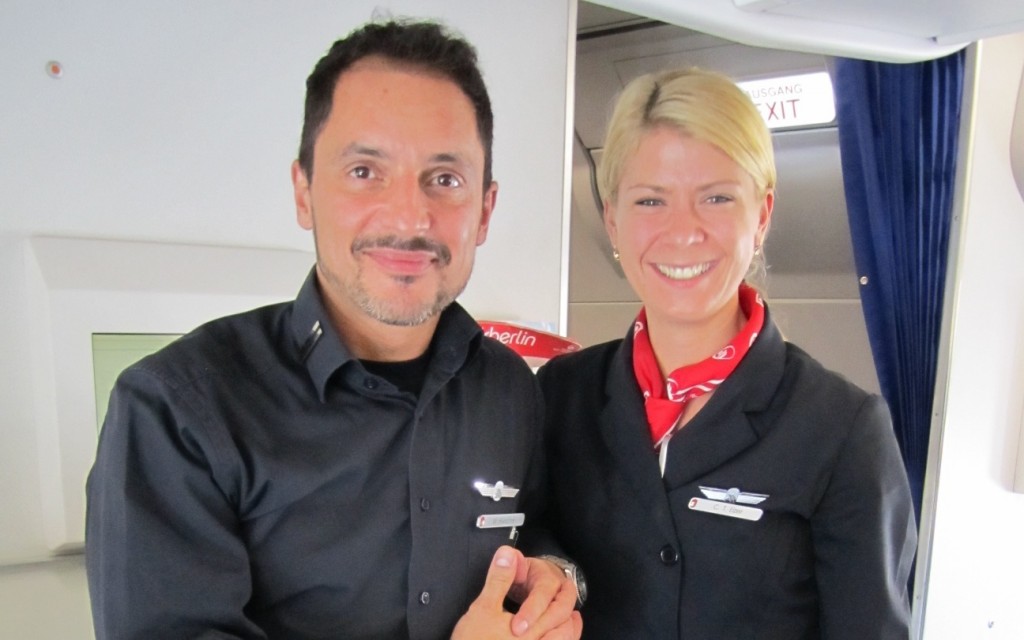 airberlin’s business class is superb, featuring a gourmet menu, leather seats with 150 degree tilt, a personal entertainment system, and an in-seat power jack. In the amenity kit? L’Occitane products. At Fort Myers, FL, the carrier has its own business lounge; elsewhere around the U.S., lounges are generally shared with American or Sky Team.

Still, with its often shockingly inexpensive fares, airberlin manages to be classified as “semi-low cost” airline, blending the best of both worlds, chichi and cheap. One way fares from New York to Berlin between now and October 31 are still available for as low as $370 (including tax) for economy, $1,160 for business.

In just the past year, airberlin has made two massive inroads into the U.S. market. Last winter it became  a member of the Oneworld alliance, and now operates code shares with American Airlines (full Oneworld integration will come early in 2012).  Then last May, the airline began direct service from New York’s JFK Airport to Berlin, operating four flights a week in each direction; connections are also available every day through Dusseldorf. airberlin also offers direct flights between Berlin and Miami, as well as to Dusseldorf from six North American gateways: New York, Miami, Fort Myers, Los Angeles, San Francisco and Vancouver.

So  what’s to do once you get to Berlin this fall? Plenty, starting with the 8th annual Folsom Europe on September 10, the Festival of Lights from October 12 to 23, and HustlaBall Berlin on October 21, just to name a few of the hip city’s always-endless options. And beyond the German capital, there’s even more gaiety going on across the country, like Munich’s Rosa Wiesn (part of Oktoberfest) on September 26, Twilight of the Gods: King Ludwig II (about the glitz-loving gay king) at Bavaria’s Herrenchiemsee Palace until October 15, and the International Queer Film Festival in Hamburg from October 18 to 23.

Getting around Germany (or for that matter, most of Europe) is made even more irresistible this fall by airberlin’s fantastic Europe Pass offer, whereby anyone who books travel between North America and Europe by October 15 can purchase four flight segments between any cities airberlin serves on the continent for a total of just $249, tax included (subject to availability). Travel must be wrapped by Halloween.

Miami Herald: Finding a gay presence while cruising Greece's past