Just half an hour by train south of London, Brighton is a favorite quick getaway for big city British gays, its crisp seaside air, compact walkability, and laidback bohemian ambiance making it a perfect place to unwind. 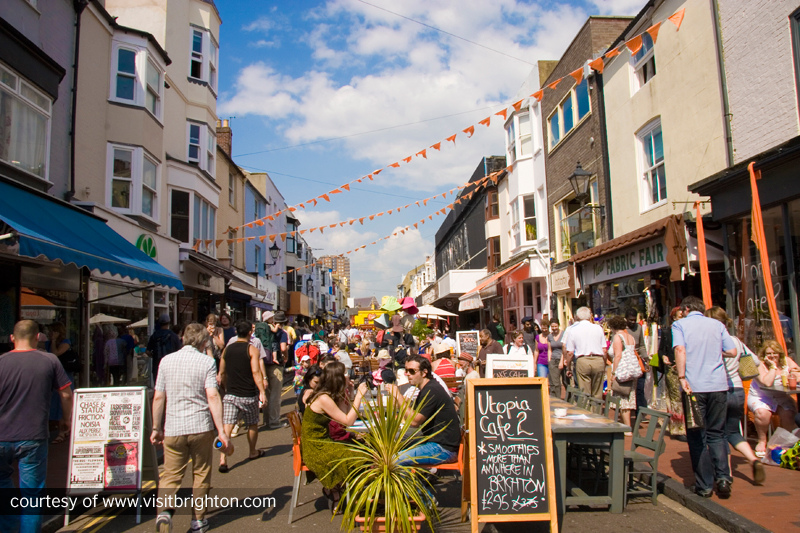 Ever since the 2001 UK census revealed it to have the highest percentage of gay couples in the nation, plucky little Brighton has claimed the title of “the gay capital of Britain.” While that’s something Londoners and Mancunians might argue, there’s no denying that Brighton has a highly visible gay presence, especially around its longtime gayborhood of Kemptown. For a city its size (just over 150,000), Brighton boasts a remarkable number of gay-geared bars, cafes, and B&Bs. It’s also a popular destination for same-sex civil partnership ceremonies.

Brighton has surprisingly strong art, music, and nightlife scenes as well, with one of its most notable residents being Norman Cook, aka Fatboy Slim. The city’s shopping is excellent too, with The Lanes area offering twisty alleyways packed with higher end items like antiques and jewelry. A bit north is, fittingly, the North Laine neighborhood, lined with shops selling hipper and funkier wares.

Read the rest of the intro and see the full Brighton guide here.