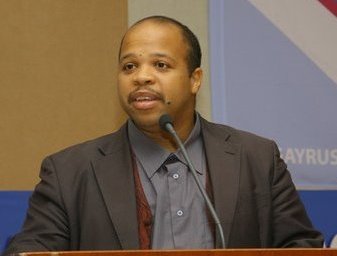 The 37-year-old Tin is a native of Martinique, but has lived in mainland France for the last two decades, where he’s an esteemed university professor. In 2005 he founded of the International Day Against Homophobia (and, since 2009, Transphobia), celebrated in more than 70 countries every May 17 in honor of the 1990 day when the World Health Organization removed homosexuality from its official list of disorders.

Queerty: Welcome to Lithuania, where maybe even the gays don’t want equality