Move over, James Buchanan and Abe Lincoln: A new book by veteran Washington reporter Don Fulsom claims that America’s shiftiest president, Richard “Tricky Dick” Nixon, was much more than just a liar and a spyer. He was also a wife-beater, a drunk—and yes, a homosexual. 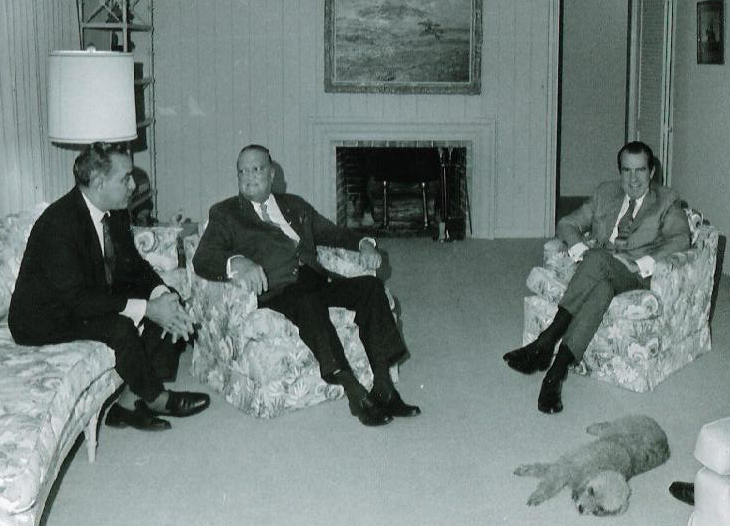 Due out next month, Fulsom’s racy bio, Nixon’s Darkest Secrets, asserts that Nixon carried on a decades-long affair with Mafia-connected Floridian Charles “Bebe” Rebozo, unquestionably one of the 37th U.S. President’s closest confidants. Rebozo often vacationed with Prez Dick in Key Biscayne, both with Nixon’s wife Pat along and not. During the men-only visits, the twosome reportedly frolicked together in and out of the water, and gushed over their shared passion for Broadway musicals.