Depending on who you ask, lovely Lyon is either France’s third biggest city (Marseille packs more people into its city boundaries) or its second (Lyon’s got the larger metro area). But what’s beyond dispute (save maybe for among disgruntled Parisians) is that Lyon is the capital of gastronomy – not just in France, but perhaps even on the whole planet. Home to the world-renowned and Michelin-star-accoladed foodie empire of local son Paul Bocuse, Lyon is also the birthplace of the bouchon, the friendly and fatty commoner-style cooking borne of the silk trade that flourished here from the 17th to 19th centuries. 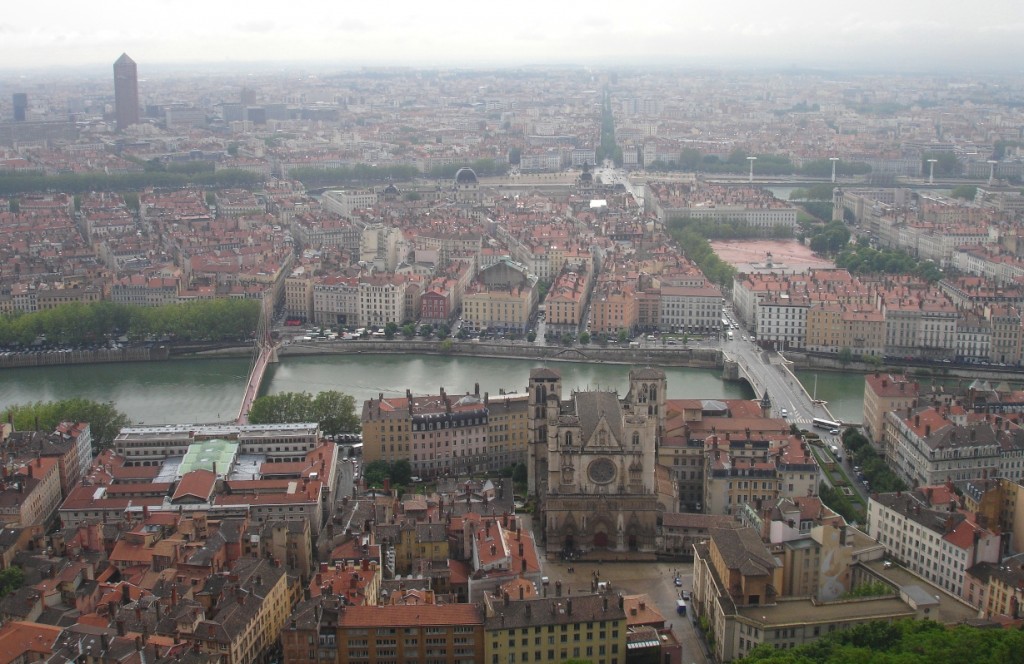 Lying at the juncture of two major rivers (the Rhône and the Saône), the Lyon area has been a strategic city-spot since Celtic times, when the Gauls donned it Lugdunon in a nod to their sun god. The conquering Romans came in 43 BCE, Latinizing things to Lugdunum and turning the growing city into an important empire outpost (the emperor Claudius was actually born here, the first to be birthed outside Italy). In medieval times the city grew downward from the Fourvière hillside to form what’s now known as Vieux Lyon (Old Lyon), a beautifully preserved district on the Saône’s west bank. Lyon’s growth eastward rather than atop itself over the last two millennia means it offers the unique chance to glimpse several distinct periods of history in one place, which in 1998 led UNESCO to designate much of the city as a World Heritage site.

Today’s Lyon is exciting and inviting, with a booming cultural scene, world-class museums, fabulous shopping opportunities, and of course phenomenal new restaurants opening all the time. European tourists already treasure Lyon, but for Americans it’s largely still an undiscovered French frontier. The city’s gay scene is large, welcoming and very diverse, offering scores of options for the queer traveler. Prices (especially accommodation-wise) are generally a fraction of what you’d pay in Paris, and what you get (especially chow-wise) is often far better.

This article originally also included a full Lyon venue guide, which is no longer online since TripOutGayTravel.com became NewNowNext.com.