We’ve got more to share from Amsterdam‘s recent Canal Parade, along with more unbridled love for the gay-gracious Dutch capital. 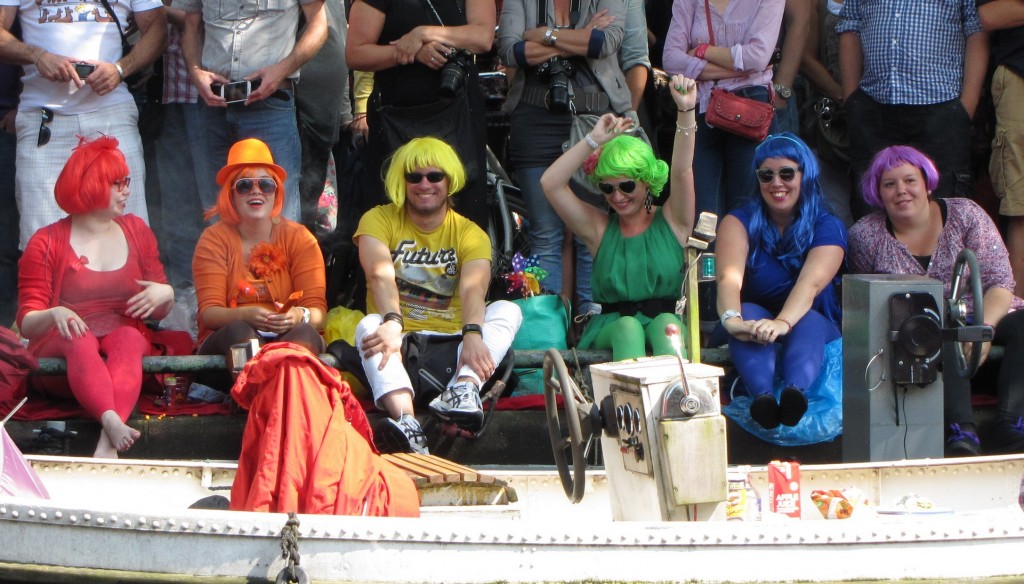 The Netherlands was, of course, the first country to legalize gay marriage, back in 2001. Dutch society is overwhelmingly in support of LGBT rights, to the extent that several sections of the Amsterdam Museum‘s main exhibit, “Amsterdam DNA,” proudly proclaim the city’s progressive stance on gay equality. MuseumApp, a citywide collection of free self-guided walking tours for smart phones, has just added a PinkPerspectives tour of gay Amsterdam to its line-up.

The city’s oldest gay bar, Cafe ‘t Mandje, opened in 1927, making it one of the oldest in the world. After sitting empty for many years, it was painstakingly restored and reopened in 2008 by the niece of the original owner, Bet van Beeren. Far older, though not always a gay bar, is the city’s main leather haunt, The Eagle Amsterdam, the frame of which was recently found to be the city’s oldest known structure, built in about 1485.