Some 150,000 people got in on the action last weekend for the climax of Manchester Pride, a multi-faceted party-hearty eleven-day celebration of unabashed gayness, the city’s 22nd ever. 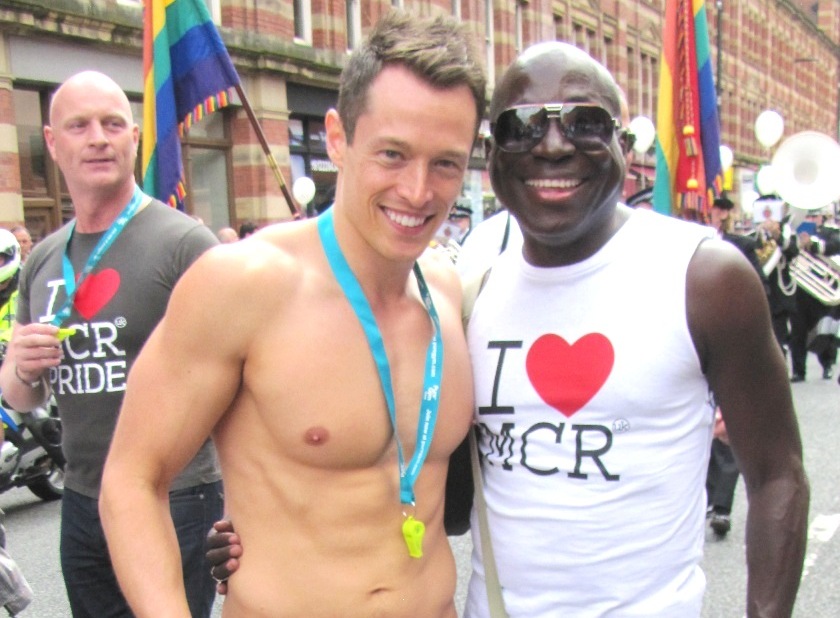 One of the UK’s top gay hotspots, the northern English city of Manchester is home to scores of LGBT venues, the majority centered along or near Canal Street in the so-called Gay Village (site of TV’s original British version of “Queer as Folk”). Undaunted by last weekend’s less than ideal weather, revelers literally packed the Village throughout the main Pride period.

Saturday’s parade was grand-marshaled by Cuban-born (and now New York-based) camp singer Margarita Pracatan, better known in the UK than the US thanks to a spate of British TV appearances in the ’90s.

The parade’s big hits—as they have been for years—were the SLUTS (the Salford Ladies United Temperance Society), a mock-crotchety crew of uptight old biddies bearing signs with tongue-in-cheek slogans like “Gay sex gives me the willies” and “Ram it down my throat and I’ll blow my top.”

Another major parade theme this year was gay computing pioneer Alan Turing, in honor the 100th anniversary of the native Mancunian’s birth.

Even shirtless YouTube sensation Davey Wavey was on hand, to the delight of many young (and not a few older) gay Brits, many of whom seemed overwhelmed by his mere presence.