Summer 2008 was a rousing success for queer-crazy Stockholm and Sweden, with a phenomenally triumphant EuroPride roster capped off by August 2′s rainbow parade through the city. While the wet weather may have dampened attendance numbers from had-it-been-sunny organizer expectations, they were impressive given the present and all too clear danger of smeared mascara. For four hours a moistened stream of 45,000 queers and supporters wound its way from Humlegården in the city center to Pride Park in Södermalm, with 450,000 wet well-wishers cheering them on and singing along to the obligatory refrains of ABBA blasting from the floats. At least figuratively, this was one parade that proudly refused to be rained upon. 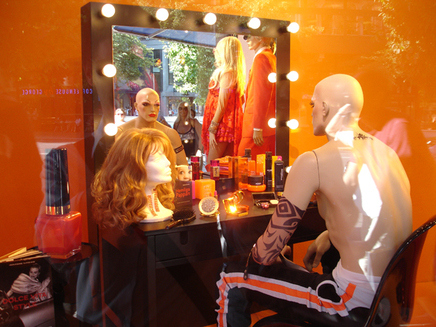 After drying off for a few hours, a couple thousand of Stockholm’s gay finest turned out for the official EuroPride closing party, This is Disco, at the fabulous Berns Salonger, only to have Martha Wash announce that another soaking was in store for them with -– what else? -– “It’s Raining Men.” Swedish dance trio and former Eurovision participants Afro-Dite also performed to the packed house.

Plans are already under way for next year’s annual Stockholm Pride, an important and ever-growing institution for the city and all of gay northern Europe. Fortunately EuroPride 2009, to be held in Zurich, Switzerland, is slated for late May/early June, and therefore won’t conflict with the later-in-the-summer Stockholm Pride. While there will be a partial schedule overlap with World Outgames Copenhagen 2009, planners of that event are already making adjustments for those who wish to attend both of the last best two Scandinavian queer extravaganzas this decade. Luckily for U.S. travelers, gay-friendly and just way-friendly-in-general airline SAS flies into both cities directly from the States, which will make booking everything on one ticket a breeze. SAS has even launched a gay-specific micro-site, the first European airline to do so.

Stockholm’s Summer 2009 will have some added pink magnetism: the much anticipated opening of the ABBA Museum in June. Rooms are already booking quickly for what’s bound to be a spectacular event, so the sooner you get on this one, the better. We recommend the incomparably elegant Grand Hotel or the stylishly luminous Nordic Light, both in the Norrmalm neighborhood at the city center, allowing you easy access to dancing, jiving, and having the time of your life.

Out Traveler: Beyond the core (outer borough NYC)