It’s among Southern California’s most historic churches, the home of one of LA’s most inclusive congregations, and a regular venue for the Gay Men’s Chorus of Los Angeles. Founded when the city was just a modest hamlet of 5,000 people, in 1867, the First Congregational Church of Los Angeles celebrates its 150th birthday this year, making it the city’s oldest continuously operating Protestant church. Since 1932, it’s occupied a stunning Gothic Revival–style building at 6th and Vermont Streets, one that’s been featured in many films and TV shows, from Into the Wild to Ugly Betty. The sanctuary, complete with stone floors and soaring stained-glass windows, is home to the world’s largest working church pipe organ—with some 23,000 pipes. 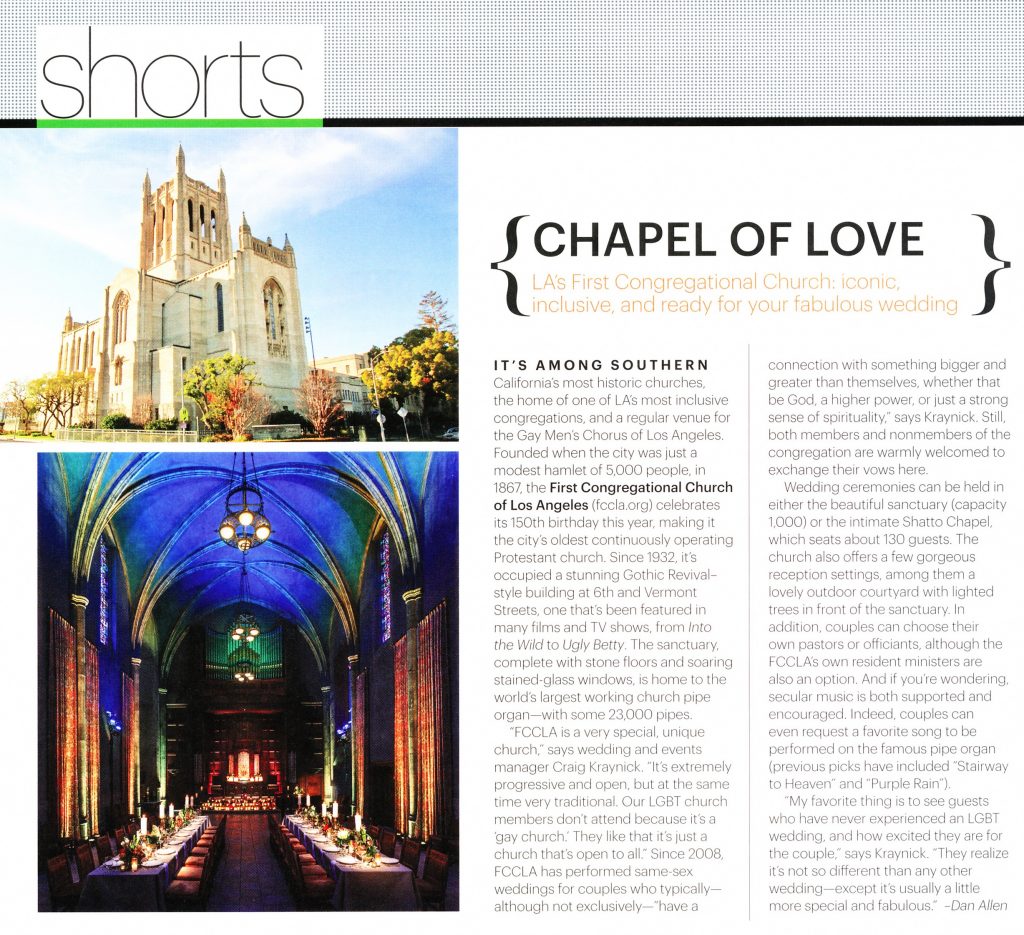