Even in surreal realms, there are rules. And the strange world of German marksmanship just got a new one that’s all shot up with homophobia. 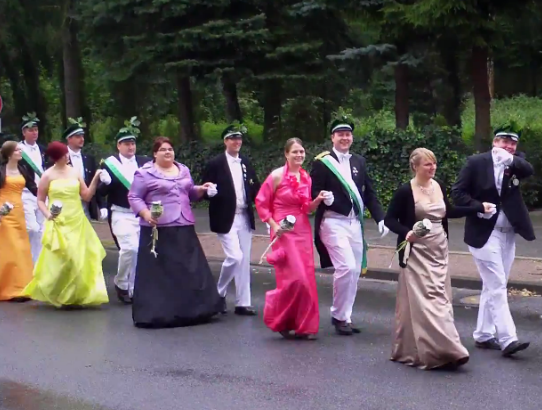 Dirk Winter, a mild-mannered 44-year-old beverage salesman from the western German town of Münster, stirred up a storm of bourgeois controversy last summer when he, after becoming the Schützenkönig (marksman king) of his local sport shooting club, brought his male partner, Oliver, to the coronation as his ceremonial queen.

That sat just fine with Winter’s fellow rifle-toting club members. “The entire fraternity has now said that we are fully behind it,” announced a spokesman last summer.