Center-right candidate Sauli Niinistö may look fairly poised for victory in Finland’s presidential election on Sunday, but if his liberal challenger, Pekka Haavisto, can convert a frenzy of recent support — via social media, flash mobs, and Finnish pop stars — into actual votes, he could just become the world’s first openly gay publicly-elected president. 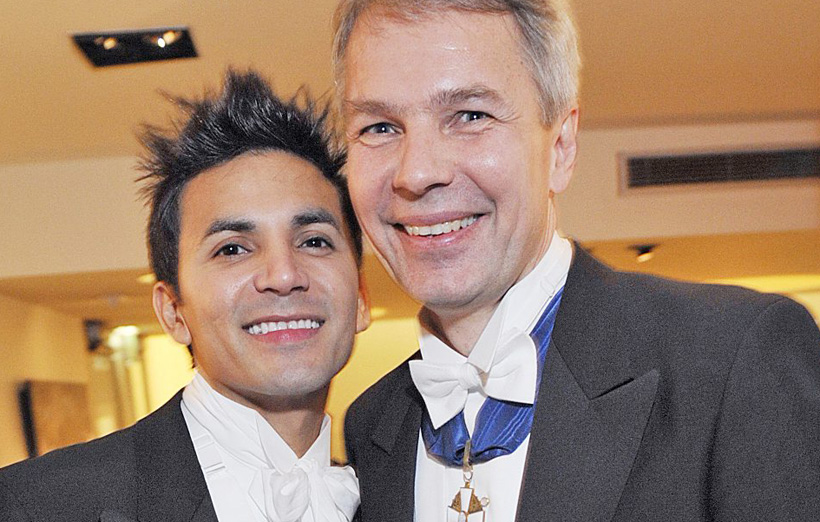 Which would, in turn, elevate his adorable young foreign-born beau, Nexar Antonio Flores, to prominence as Finland’s First Dude.

Flores — a native of Ecuador who goes by his middle name, Antonio —  is 33 years old, younger by a full two decades than his politico partner. The couple met in 1997 in Bogotá, Colombia, on the younger man’s 19th birthday. Flores emigrated to Finland the following year, and he and Haavisto registered their partnership in 2002, as soon as Finnish law allowed it. Flores is now a successful hairdresser in the country’s capital, Helsinki.