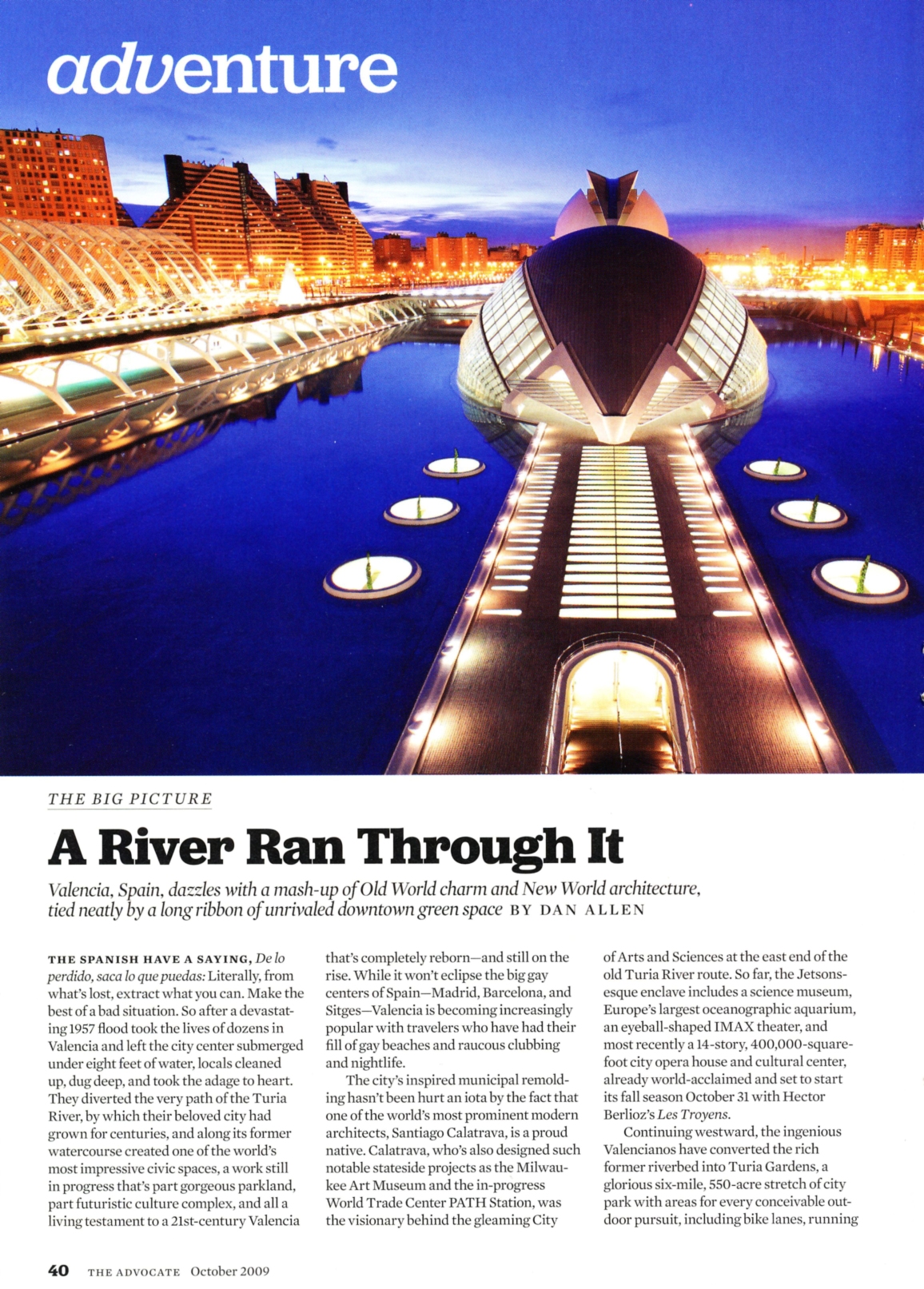 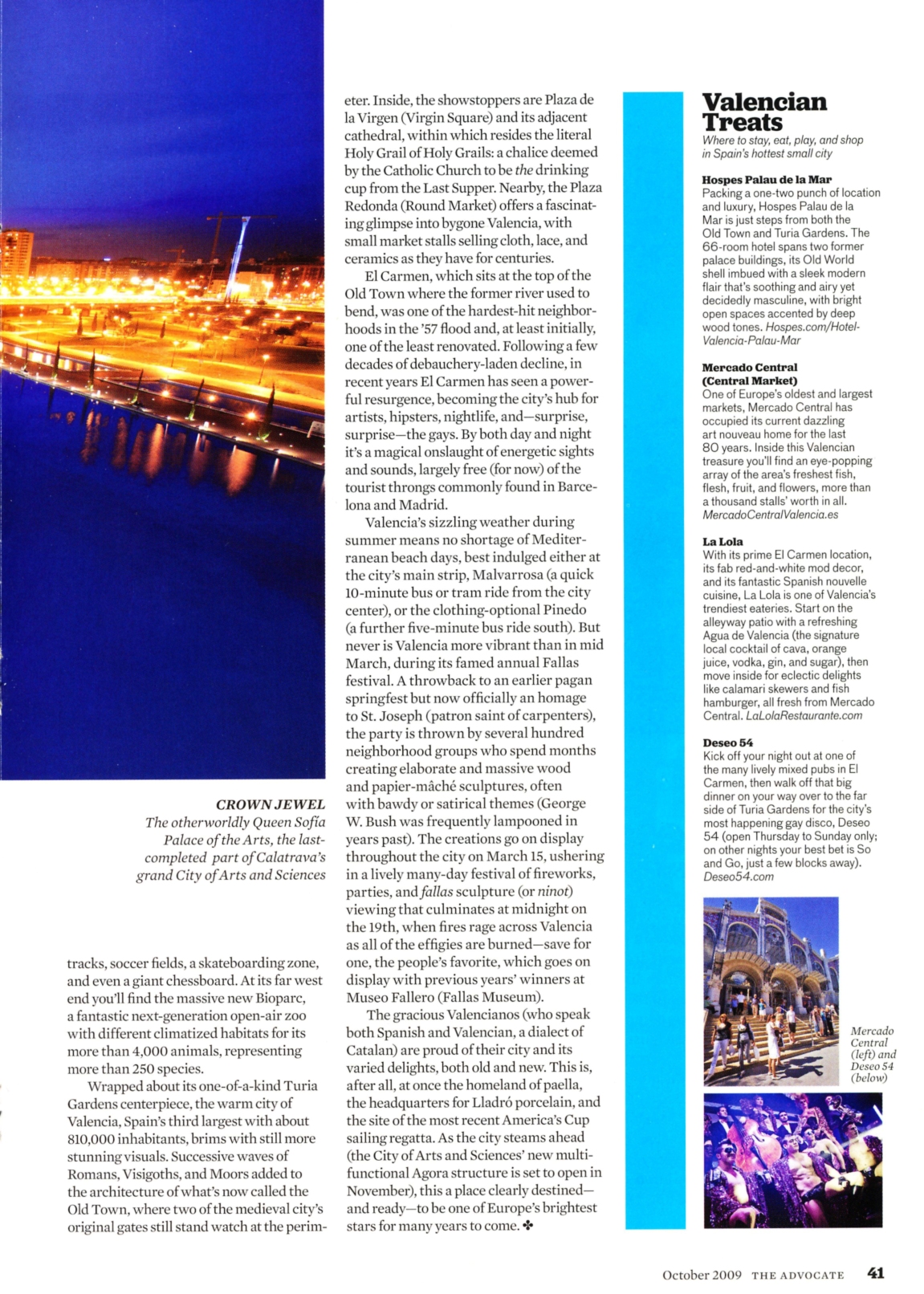 The Spanish have a saying, De lo perdido, saca lo que puedas: Literally, from what’s lost, extract what you can. Make the best of a bad situation. So after a devastating 1957 flood took the lives of dozens in Valencia and left the city center submerged under eight feet of water, locals cleaned up, dug deep, and took the adage to heart. They diverted the very path of the Turia River, by which their beloved city had grown for centuries, and along its former watercourse created one of the world’s most impressive civic spaces, a work still in progress that’s part gorgeous parkland, part futuristic culture complex, and all a living testament to a 21st-century Valencia that’s completely reborn — and still on the rise. While it won’t eclipse the big gay centers of Spain — Madrid, Barcelona, and Sitges — Valencia is becoming increasingly popular with travelers who have had their fill of gay beaches and raucous clubbing and nightlife.

The full article is online here.