Gay-hating Russian politico Vitaly Milonov had some stark words yesterday for Madonna, in response to her announcement that she wouldn’t be cancelling her upcoming Saint Petersburg concert in protest of the city’s recently passed “gay gag” law, but would instead “speak during my show about this ridiculous atrocity.” 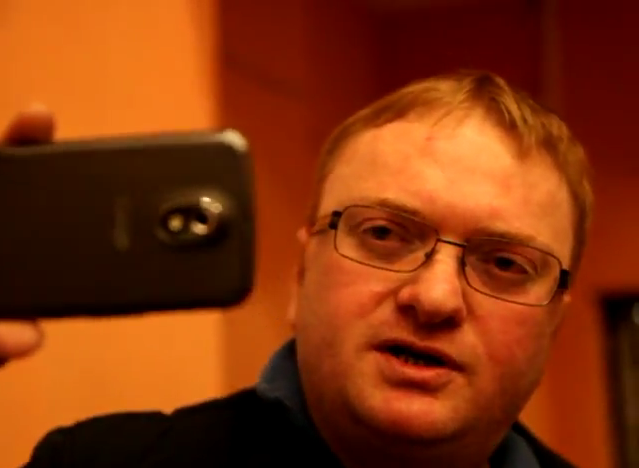 “If Madonna or one of the organizers of the concert breaks the city law, they will be punished,” warned Milonov, who has promised to be present at the August 9 event, likely brandishing his trusty Samsung Galaxy Nexus at the ready for naughty Madge. (Milonov is pictured above using his smartphone to capture what he characterized as “disruptive” international observers during the recent farce election of Russian President Vladimir Putin.)