The UK’s second biggest city, Birmingham, is prepping a brand new symbol to welcome visitors to its Gay Village: a four-foot-high rhinoceros, studded in hundreds of rhinestones. 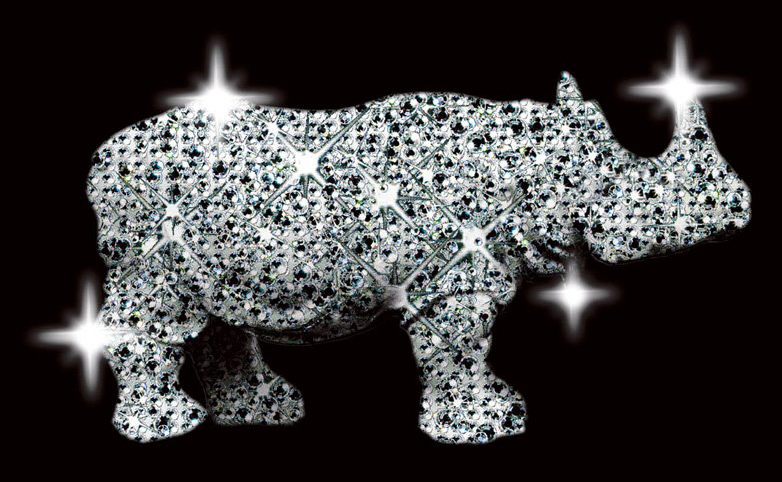 The statue, being built by artists Robbie Coleman and Jo Hodges, is meant both to be a nod to the “Bullring Bull” that graces Birmingham’s financial district, and to be a symbol of LGBT strength, as used by the Gay Liberation Front in the U.S. in the 1970s (news to us, but see the purple rhinoceros info at the LGBT symbols wiki).

“The Rhino is a proud and stubborn creature, and symbolizes the gay community’s refusal to tolerate homophobia and its fight against injustice,” says the project’s official site.