A Muslim group in Malaysia is urging police to investigate a long-missing Malaysian medical student who popped up in Dublin this weekend via photos of his civil partnership with his Irish boyfriend. 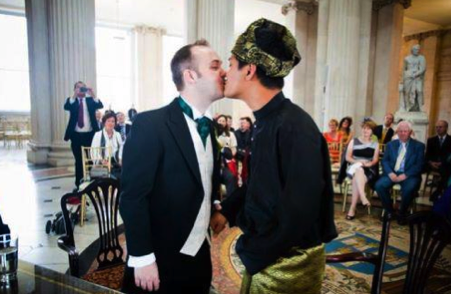 Ariff Alfian Rosli, 28, has been considered missing after he ceased contact with family members back home some time in 2008. Rosli originally moved to Ireland in 2003 on a medical scholarship to University College Dublin.