Bert and Ernie may not have officially led the 20th annual Frankfurt Pride parade Saturday afternoon, but they were definitely two of the most popular marchers among the 2,000 or so people who wound their way through the city center for what’s known in Germany as CSD, or Christopher Street Day. 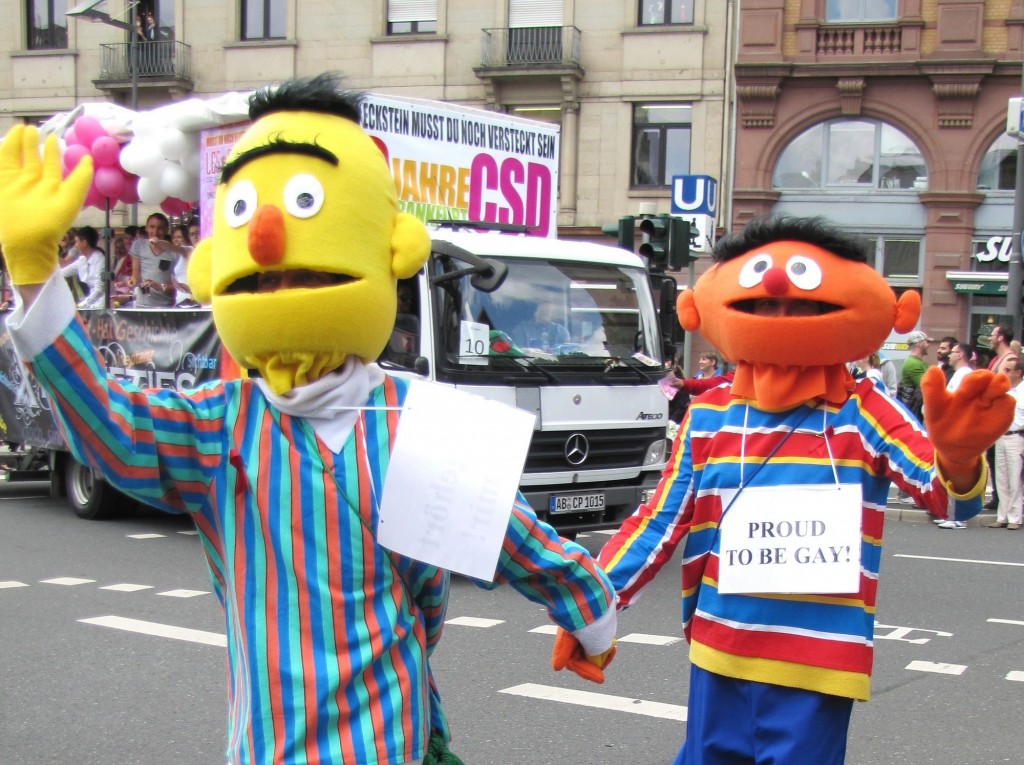 To the crowd’s delight (whether or not they were aware of the Muppets/Chick-fil-A controversy brewing in America), the Sesame Street pair held tightly to each other’s hands, Ernie wearing a sign that said “Proud to be gay,” while Bert’s read “Es gehört zu mir,” or “He belongs to me.”

Fittingly, this year’s theme was “Come out, come out, wherever you are.”

As usual, Frankfurt CSD included an expansive weekend festival in Konstablerwache square downtown, which was packed with booths from area LGBT venues and organizations, and a main stage featuring live entertainment.

Frankfurt is Germany’s fifth largest city, and has long been known as Bankfurt for its array of powerful international financial entities, including the European Central Bank. It’s also often called Mainhattan, in a nod to its unique-in-Germany skyscraper-laden skyline and its location on the Main River.