Whatever you prefer to call her — Queen Diva, the Queen of Bounce, or just plain Big Freedia — her royal bounciness is heading back to Los Angeles for a performance like only she can deliver, on Friday, April 28 at DTLA’s Regent Theater. The show falls neatly on the same weekend as the third edition of RuPaul’s DragCon, where Freedia has been a featured panelist at every edition thus far, and will return this year for a session called Dancing Queens (also featuring Akira Armstrong, Jojo Guadagno and Laganja Estranja) on Sunday, April 30, at 2pm.

Having almost singlehandedly catapulted New Orleans’ super-energetic twerk-like bounce music into the mainstream, since 2013 Big Freedia has also parlayed her musical success into reality TV fame, with a Fuse Channel show called Big Freedia: Queen of Bounce. During its fifth season last year, the show revealed the tremendously tumultuous recent highs and lows in the 39-year-old musician’s life, from being featured on Beyoncé’s mega-hit “Formation”, to launching both a restaurant and exercise app, to having a Mississippi concert cancelled for excessive twerking, to facing felony charges of HUD fraud. The show’s sixth season returns to Fuse on September 12, with a brand new name: Big Freedia Bounces Back. As she gears up for the West Coast leg of her latest tour, we asked Freedia about that and much more. 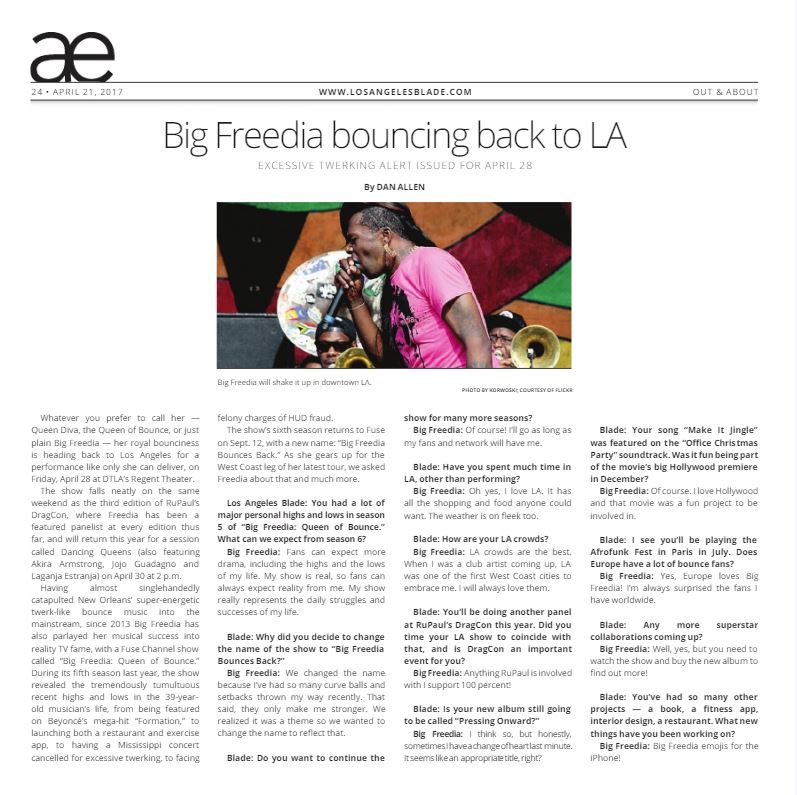 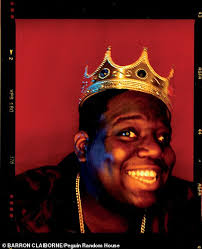