A few thousand members of New Delhi, India’s LGBT community and their supporters filled several blocks of the city center the Sunday before last for the 4th annual Delhi Queer Pride, an event with the electricity, flair and volume befitting a proper Indian blowout. Still, many marchers wore colored masks, indicative of the anti-gay prejudice that unfortunately remains lurking in some sectors of Indian culture — this despite the 2009 overturn of Section 377 of the country’s penal code, which had previously made gay sex illegal. Delhi Queer Pride is sponsor-free, with support coming entirely from joint fundraising efforts of several of the massive city’s small but growing gay-and-friendly organizations. 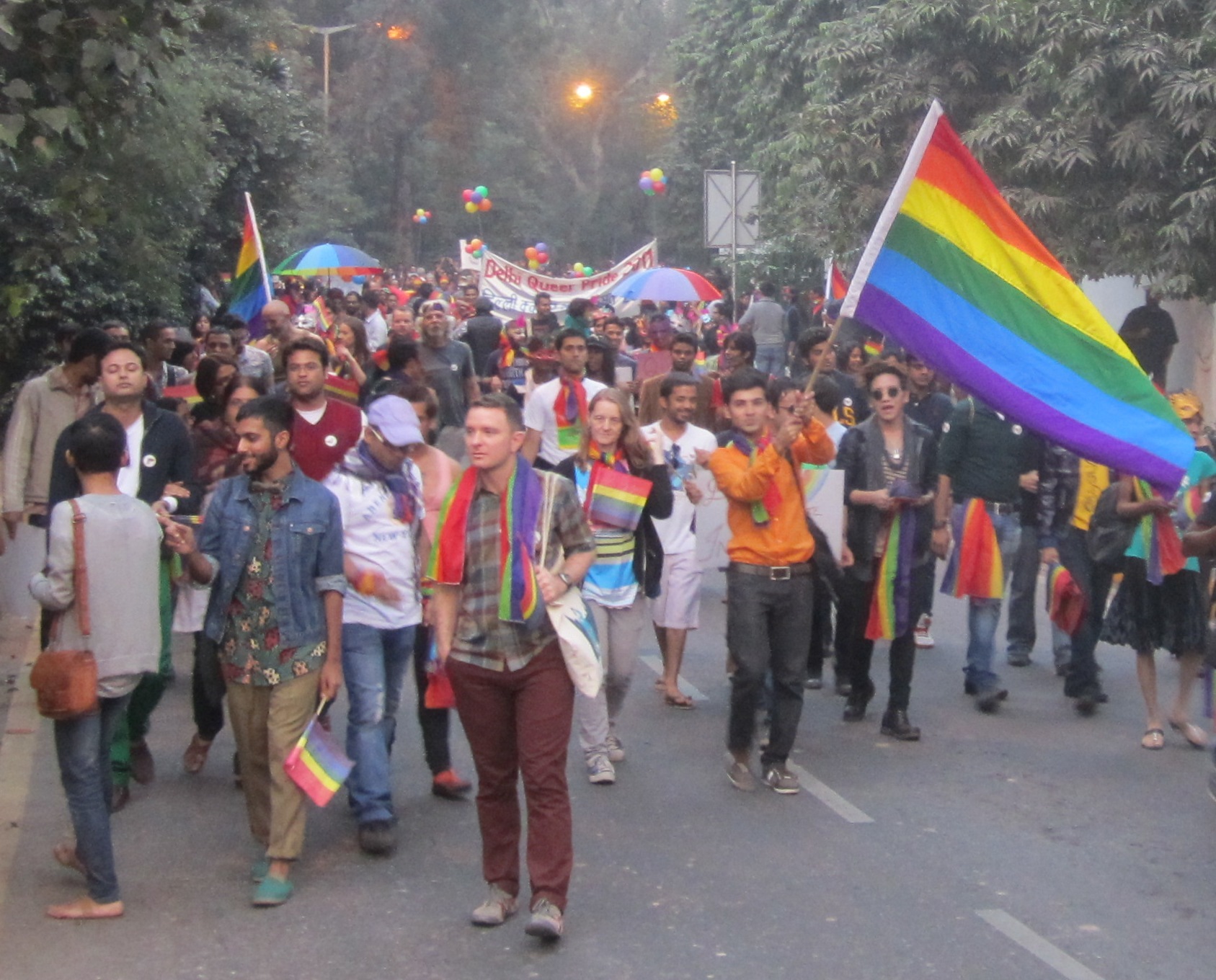